← more from
Warren Records
Get fresh music recommendations delivered to your inbox every Friday.

by Hekima And The Bongo Flava 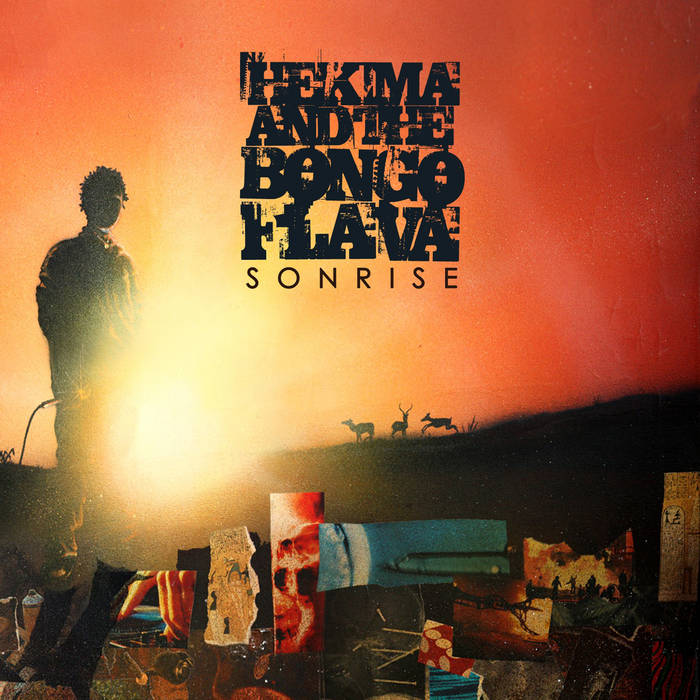 “Always guaranteed to pull a crowd and pack the dance floor. Their big sound harks back to Afrobeat legend Fela Kuti as much as it does Bob Marley.” Matt Hill - Funky

World music collective from the streets of Hull create a surprisingly original sound fusing together African roots with whatever else they can find.
Hekima and the Bongo Flava, a Hull based outfit, play a distinctively African style of music – drawing on Hekima’s Tanzanian roots their music combines bluesy acoustic guitar, reggae rhythms, and plenty of Afro percussion – including that famous bongo flava.

Hekima’s roots were in hip-hop, rapping with the the Projekt Feenix crew, a multi-racial hip-hop outfit which combined hard edged lyrics with stripped down beats and soulful backing. But having won some acclaim for his MC skills, Hekima was keen to record more ‘roots’ material, which meant returning to some of the Tanzanian sounds, which had formed his musical heritage.

That didnt mean though that Hekima has abandoned all that he learned from hip-hop. These days perhaps he has more in common with Somali born K’naan than KRS-1, but that shouldn’t be a surprise, as Hekima is clearly a student of African hip hop, and African music more generally, something you can pick up from the lyrics of ‘Mama Afrika’, a tribute I can only presume to Miriam Makeba. And if you listen to the title track to the album ‘Sonrise’ you’ll hear a return to the MC stylings, which won him acclaim in a previous musical life.

Hekima is backed by drums, percussion, bass, keys and electric guitar, and whatever else the group bring along on the day – the big sound they make hearks back to Afrobeat legend Fela Kuti as much as it does Bob Marley. The Bongo Flava are a group which take a number of influences in their stride, and deliver it all with style and infectious enthusiasm.

“Amazing band. Such a different sound and what makes it even more quirky is that they’ re from Hull. I am very impressed with their work and have to say one of the most amazing bands I have heard come from Yorkshire..” –Katie Horrocks – croon.co.uk

“The most exciting new band to come out of Hull with the use of great African Rhythms mixed up with feel of Jamaican Reggae and Sunshine Music.” – Pat Pretorious – AOO Productions / Neville Staple

‘Sonrise’ is available now on CD format at www.warrenrecords.org and will be available digitally from 06/02/12.

If you require a CD or digital copy of the album for review please feel free to get in touch below. All of Hekima and The Bongo Flava’s current recordings are available to stream at soundcloud.com/warrenrecords/sets/hekima-and-the-bongo-flava

Bandcamp Daily  your guide to the world of Bandcamp